I always say you need to have as portable a cooler as possible. So, here we’re going to highlight the benefits of two smaller class, hard case coolers: the Yeti Tundra 45 and Yeti Tundra 35 models.

These are some of the best-designed compact models on the market. Sometimes I tell myself to get both, as they can have their uses even on the same trip.

What’s great is that Yeti doesn’t disappoint with these smaller models. Both still come with that Rotomolded construction for near indestructibility.

Plus, the Doublehaul™ handles are military-grade craftsmanship for easy hauling and not having to worry about getting these bumped around.

Of course, both come with the same legendary Fatwall™ design and Permafrost™ insulation to maintain your items at a cool temperature for as long as possible.

Keep in mind, though, that these coolers are a bit smaller, so there will be a lack of ice efficiency and storage capability ratios.

Yet, that's why it might make sense to grab both: to have one for storage and one just for ice. 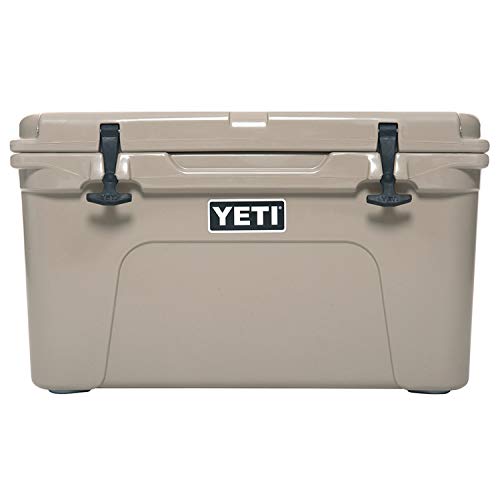 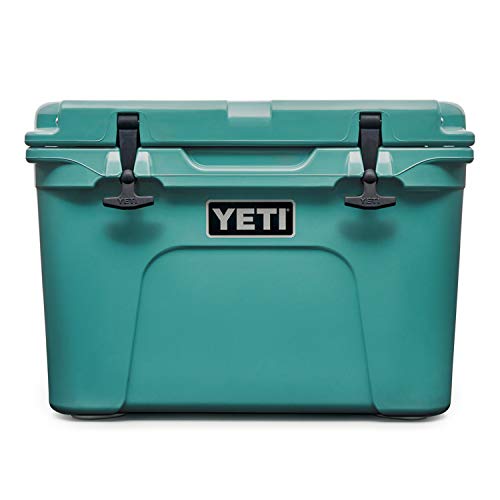 There isn’t much of a difference between these two. As I consider both the Yeti Tundra 35 and the Yeti Tundra 45 to be in the small weight class, they are really about optimization for that day trip.

The Tundra 35 comes in at a lower price point and could be a great entry-level hard case cooler, allowing you to experience what a wonderful piece of outdoor equipment it is.

There's also a height difference, with the Tundra 45 being about 4.5 inches higher. The rest of the dimensions are the same.

This gives a huge capacity upgrade to the Tundra 45 just for being a bit taller.

The Yeti Tundra is truly a compact piece of art. It's great for packing some snacks and beverages for a day-long camping trip, a picnic with friends, or a trip to the lake for some much-deserved rest and relaxation. The Yeti Tundra 35 won't leave you devoid of refreshment.

Also, because it’s a Yeti product, it will work well with any kind of ancillary equipment, such as the Yeti ice pack, or with the dry rack, so that you can enjoy your items without getting soaked.

In addition, it’s light enough to be carried to the location as needed, as well as being just compact enough to go in the trunks of many cars, or simply somewhere in the backseat without being too bulky.

I like to use it as a leg rest on those extra lazy days when I’m out in nature.

YETI Tundra 35 CHECK ON AMAZON
We earn a commission if you click this link and make a purchase at no additional cost to you.

The cooler’s three inches of insulation eats up a lot of the storage capacity.

I've noticed that the Yeti Tundra 35 has significantly less storage capacity than the Tundra 45. Due to the lack of ice management, it works only for a day trip at most.

It is completely inefficient at the end of one or two days of usage.

As I mentioned earlier, this is one of the more popular options.

It’s at the right size in that it doesn’t lose too much room with some of its features, such as the Fatwall™ insulation or the Coldlock™ gasket that can potentially take up too much space on smaller models.

It balances additional storage capacity with the ability to go on a small boat for the day or even for a short weekend.

I also like it for day fishing trips, as I can drain the cans while I fish and then replace the empty space with what I catch that day, with the ice still being preserved.

In addition, the extra height allows for better stacking and, thus, the ability to maximize the space and carry more.

YETI Tundra 45 CHECK ON AMAZON
We earn a commission if you click this link and make a purchase at no additional cost to you.

Although the ice management tends to be a bit better the larger you go, the Yeti Tundra 45 also suffers from poor ice management simply due to a lack of space.

In addition, I start to notice the price tag a bit more, as it crosses over the price point I never thought I would consider for a cooler.

Rotomolded is what makes these two Yeti hard coolers (and many other hard coolers) by Yeti nearly indestructible.

Again, it's about the overall construction process, with the entire container being a single piece of highly durable plastic.

Because it's a single piece made from a mold, it retains its structure better and doesn't have any of the weak points related to connected individual pieces.

Do these coolers come with all the trademark features of larger Yeti coolers?

Both the Yeti Tundra 35 and 45 usually come with the dry rack as part of the package.

To answer the rest of the question, both models come with the same high-quality specifications as some of the larger and higher-priced models.

Whether it's durable military-grade-strength materials or the fact that they're made to be bear-proof, you won't find any lack of quality in these two small packages.

Instead, you'll get the same anti-slip components on the bottom while also having an easy way to attach these to whatever vehicle you're driving, so they stay in the place.

On to the critical question. The Yeti Tundra 35 can handle a respectable 21 cans of your choice of beer.

However, the Yeti Tundra 45 is way ahead with an additional seven cans, leading to a total of 28 cans.

The ice capacity is also not as dense for these two, with the Yeti Tundra 35 having around 28 quarts of storage with about 26 pounds of ice and the Tundra 45 having 37 quarts and 34 pounds of ice.

The Yeti Tundra model 35 was built to be carried by one person.

Because it comes in at only 20 pounds, most people should have no issue hauling it empty. There’ll be only a minimal struggle to move it when it's full.

In addition, because it's shorter than the Yeti Tundra 45, it's a lot less bulky when it comes to carrying and maneuvering it.

The Yeti Tundra 45 can also be carried by one person, but I tend to err on the side of caution here.

That's why I use the Yeti Tundra 45 with friends who can help me carry it and not just drink the cold drinks inside it.

I suggest having either one of these as a small-sized cooler for day trips or to provide ancillary storage for larger coolers.

You won't regret it because of the quality that comes with either of these Yeti hard case coolers.

The price at times might seem to be a premium, but keep in mind that there's a good chance you'll have one of these coolers for a long time, possibly even the rest of your life.

Whichever one you get, consider it a type of investment. Whenever you go on an adventure, you’ll have a reliable cooler full of refreshments.