In this article, I’ll be comparing the Yeti Tundra 105 vs. the Tundra 110. These are some high-quality coolers and are both great depending on your overall situation.

I like Yeti products because they really do focus on the needs that we have when we're trying to go on an adventure while requiring portability and the ability to store things for quite some time.

The Yeti coolers that I’ll be comparing in this article are hard coolers, which means they will be a lot heavier but also handle a much bigger load.

These are not meant to be portable in the sense that you can carry them by yourself; rather, they can be attached to a boat or truck when you're heading into the wilderness. It's definitely a two-person job to comfortably carry either one of these options.

After reading this review, you may even consider getting both options, as they serve different purposes that can help fulfill your overall cooler needs. 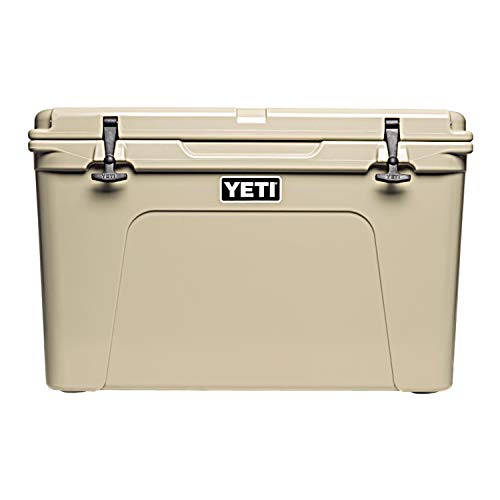 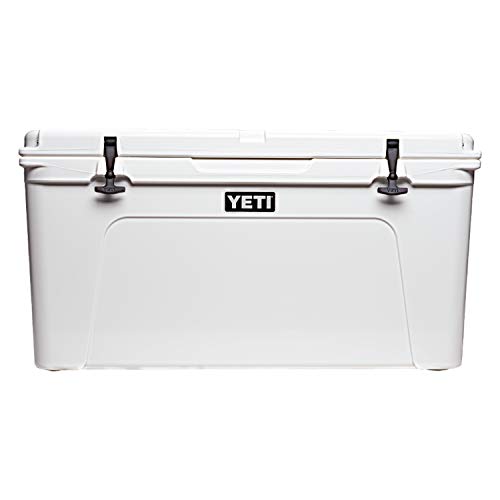 The first significant difference between these two coolers is their weight.

This gives it unique dimensions that make it a bit more efficient than the Yeti Tundra 110.

Other than that, there are no significant differences between these two options, as both of them come with the proprietary components known to go with Yeti-based products, so you'll know you're getting a durable product.

The only other difference, and it's a minor one, is pricing. The Yeti Tundra 105 tends to cost less, so if budget is your concern, this could be what determines your overall decision.

Three things come to mind. First, that extra height is a great feature. It allows for better stacking of cans and meats from a hunting or fishing trip—just a bit better than the Yeti Tundra 110.

Also, it is smaller but much more efficient in many cases.

With the smaller size comes three crucial pounds off it, which makes it just a bit easier to carry around and store for the long haul.

It can comfortably cool items for up to six days. Yes, that means with the ice still there at the tail-end of the trip.

The final area is the pricing itself.

Again, Yeti products are premium products, so it's important to note that when it comes to all the accessories you get with a Yeti product, it simply becomes more cost-effective to get the Yeti Tundra 105.

YETI Tundra 105 CHECK ON AMAZON
We earn a commission if you click this link and make a purchase at no additional cost to you.

First of all, I DO like the Yeti Tundra 105 very much.

However, I need to discuss one specific issue. Because it’s a bit taller and not as wide, stability in some cases can be an issue.

It's also not a standard fit for anything and may need to be tied down on the boat when you're going down a river.

The Yeti Tundra 110 has a specific use case in mind. It’s the perfect option for rafting, as Yeti specifically designed the dimensions to fit practically any typical raft frame.

That means you’ve got six to seven days of cooling storage ready to go and a specific location for the duration of the trip.

There are three inches of insulation that will ensure the preservation of a cool temperature.

The cooler is also flatter and wider than the Tundra 105, so you can store bigger items side by side or on top of each other.

Rubberized portions on the bottom help ensure that the Yeti Tundra 110 doesn't slip around.

It’s ultra-durable, with its Rotomolded craftsmanship making it practically indestructible.

It also comes with Anchorpoint™ slots so that it can be tied down to your boat or truck.

YETI Tundra 110 CHECK ON AMAZON
We earn a commission if you click this link and make a purchase at no additional cost to you.

This thing is heavy. It’s also extremely bulky, making it hard to carry by yourself, even when there’s nothing in it.

While I do like how it’s perfect for rafting, that's all it's really good for, as there are better options when it comes to camping or longer trips.

This is a mid-sized, decent model that seems to be a bit too burdensome in the long run. That makes it a much harder sell unless you're an avid rafter.

I don’t really prefer single-use adventure-based equipment, as part of going on that journey is having the flexibility of your equipment with you.

It's still a solid product but comes at a higher price than the Yeti Tundra 105 model, with minimal sizing.

I expected to fit a lot more stuff in here, but it turns out that the Yeti Tundra 105 usually has a larger capacity and a better cooling option than this model.

How can I maximize my ice lifespan?

Keep it away from extensive exposure to the sun. Many people don't realize that you need a lot of ice (preferably high quality and in bigger pieces). This will help your food and drinks stay cool for the duration of the trip.

You can also use dry ice in either of these coolers. However, keep in mind that dry ice is extremely cold, so handle it properly and don't harm yourself!

This is where things get interesting, as the Yeti Tundra 105 tends to hold more cans!

This depends on how strong you are. The Yeti Tundra 105 is much more ergonomically sound, and you should be able to lift it by yourself if you're able to lift 36 pounds in general.

However, due to the bulkiness of the Yeti Tundra 110, and with it being nearly 40 pounds, lifting it is really a two-person job.

Both of these coolers can be the right choice for your next trip.

However, if you were to ask me, I would go with the Yeti Tundra 105 for my next camping trip and the Yeti Tundra 110 for those extreme whitewater trips when I want a cold one after a harrowing day of rafting.

Regardless, you'll get a premium quality product with either of these options. You will immediately see a much different type of quality when it comes to Yeti hard coolers as compared to other types of hard coolers.